A Hero of old – a glance at Herold’s yesteryear 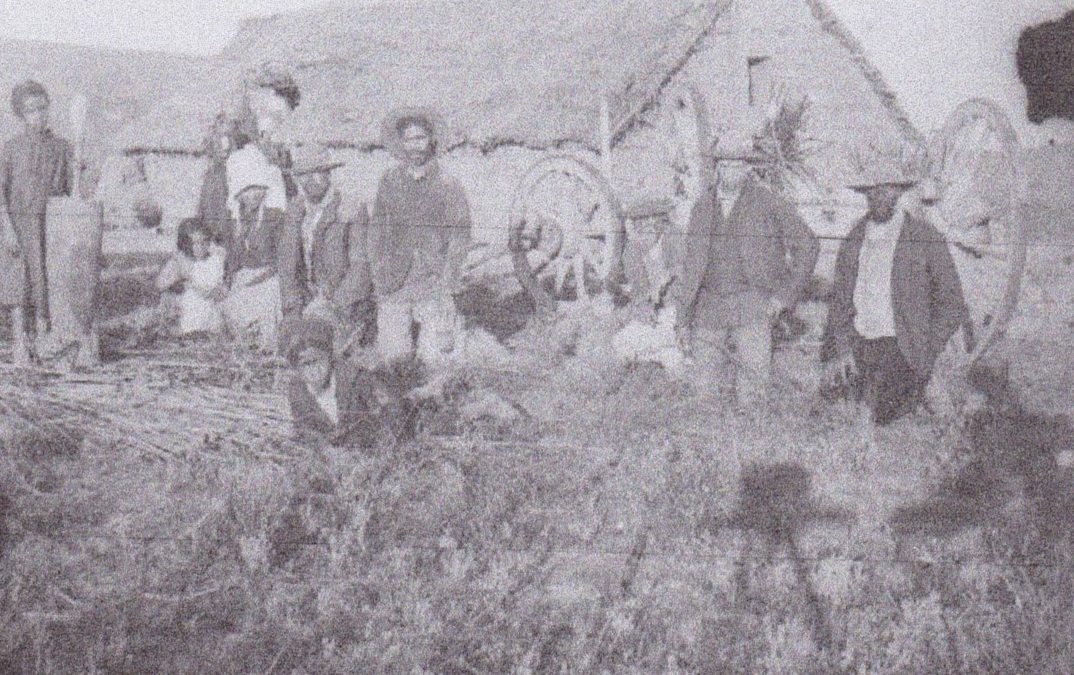 At the door to this passage, we’re handing out specially-made time goggles as to this village, complete with a focus button that goes rather far back to when life was in sepia …

How Herold got its name
Bringing into view the year 1910, one can see the construction of the Dutch Reformed Church, built for the Klipdrift clergy (from nearby rural Oudtshoorn). The church was named ‘Herold’ after the first Dutch minister appointed to the George district; and the village later took on this name. Tobias Johannes Herold carried out much pioneer work between 1812 and 1823 and his name has been commemorated in this area of Herold even to the seaside resort of Herold’s Bay (24km South-West of George).

But even further back
The beginnings of Herold go back to the year 1765 when the Campher family acquired loan farm rights to the farm Doorn River, Langkloof. (This was before George was declared a magisterial district – named after King George III in 1811).
Roelof Petrus Campher Snr was the first owner of the farm, and registered ownership together with his family homestead farm Rietfontein. Along the way his son and grandson came to live on the farm; and in 1818 the grandson acquired quitrent rights over the farm coupled with the adjoining farm, Soldaats Kraal. Enter Roelof Senior’s daughter and son-in-law who owned nearby farm Schoonberg. And then the cousin, you guessed it- another Roelof Campher owned adjacent farm Ezeljagt and not only this, but he was also responsible for maintaining the access to the interior; namely the treacherous Cradock Kloof pass.
It’s apparent that this family were instrumental in developing the early farming community, keeping more than just the name in the family!

Postmaster
The Camphers (including in-laws) held the position of postmaster at farm Doorn River from 1812 and continued this duty for as long as the remainder of the 19th and during the 20th centuries. Private and governmental mail passed through this office to reach Oudtshoorn inhabitants and beyond.
During this period the post office premises moved a couple of times about the farm and was re-built. It was also upgraded to keep up with the times and moved to be in close proximity to the family business. A February 1898 edition of the George and Knysna Herald reported on the “fresh development” in converting the post office to receive and dispatch telegrams; further than this it was converted into a branch of the Savings Bank and Money Order office.

Location location location
Gateways from the Outeniqua coastline to the Karoo were obtained via Cradock Kloof Pass, as well as via the Montagu Pass. The latter was completed only in 1848 and remains the oldest unaltered pass still in use in S.A. (at 17.3km, having taken 3 years & 250 convicts to build).
Doorn River farm was situated at the cross road entry to the frontier roads – east to Uitenhage and north to Graaff Reinet.
There was another less known about Paardepoort Pass, built in 1869 by Thomas Bain, which extended from the northern end of the Montagu Pass to Oudtshoorn. Bits of the dry stone walling can still be seen from the more recently built alternative road. Travellers would pass through Doorn River farm to reach this pass and often stayed overnight or had repairs done to their wagons.
Your time goggles would reveal quite a hustle and bustle at this farm by 1883, with 31 adult males recorded by census as living on the farm. Professions included wagon makers, farmers, labourers, a watch maker, a boot finisher, telegraph operator, a barman and a canteen owner.

Further contribution to the village life was from a nearby railway station called Campher, situated a few kilometres north-west of the farm. The new railway line ran from Oudtshoorn through Doorn River to George and was completed in 1913.

The U-turn to the bustling development came when the Outeniqua Pass was completed in 1951 and provided a by-pass road to the interior; after which the village and social economy of Herold began to decline.

The Good news is that Herold will be a hero again!
The Herold Meander project has taken up the time goggles and is steering the vision from the present into the future – enabling us to see a lively village life and thriving community, in colour.
Plans and developments are well underway to protect the heritage of the area; conserve the surrounding environment; create sustainable jobs and boost local tourism through local economic developments, agriculture, arts & culture, eco & agri-tourism and agri-processing. (Translation: keep an eye on the latest developments and happenings at Herold Meander.)
For some time employment has been created for and offered to the families who currently live both on the farm and in the district, bringing the social ties of history into today.

But better than seeing all of this through these wonderful time goggles – come and experience the Herold farm life for yourself as tomorrow’s history builds a new village.